We demonstrated for the first time the versatility of the integration method of DNA origami on MEMS by selectively assembling it to form a bridge over a trenched silicon. A DNA origami (30 x 150 nm) was fixed to bridge the trench (100 nm width) utilizing the hybridization between DNA on the DNA origami and selectively immobilized complementary DNA-pattern at the edges of trench. This opens a way to integrate the nanomaterial components on a structured device such as MEMS by using DNA origami. 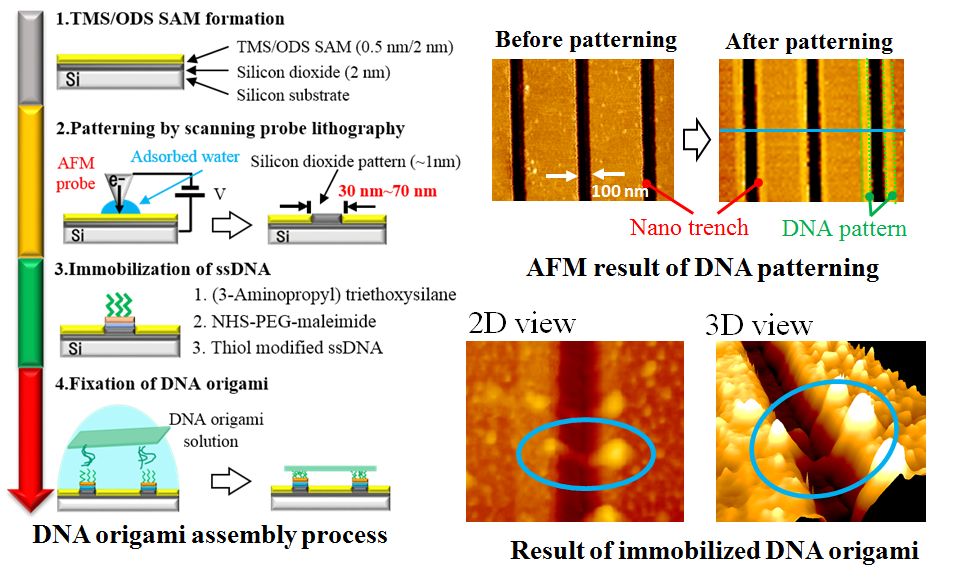